Back to Articles
Business
Culture

What does CALD stand for? Five Tips to Engage Your Business Culturally

Since Australia’s official adoption of multiculturalism, governments and community organisations alike have acknowledged the fact that in a diverse society, there are barriers to some communities.

These barriers include simply accessing services and their level of participation in policymaking. Attempts to address these barriers involve identifying parts of the population throughout to have these special cultural characteristics and cultural needs.

This is known as ‘CALD’. Many people in Australia are descendants of immigrants, have a parent who was born abroad or speaks several languages. These groups are known as culturally and linguistically diverse (CALD) people.

The phrase "culturally and linguistically diverse" (CALD) is frequently used to characterise individuals who have a distinct cultural heritage from the majority of Anglo-Australian people.

CALD is used for people who are not of Anglo-Celtic, English speaking backgrounds. CALD can also be an umbrella term for a range of people who have different cultural backgrounds and speak a language other than English at home.

Definitions of CALD aren’t set in stone, but in practice usually match that of the Australian Bureau of Statistics (ABS): “if you’re born overseas, and you speak a language other than English at home or aren’t proficient in English, then you’re considered culturally and linguistically diverse.”

How Did The Term CALD Come About?

Over the years, we’ve seen a cycle of acronyms used to refer to these groups. One was Non-English Speaking Background (NESB), which became a proxy indicator for what was once known as “ethnic” communities. By the 1990s and early 2000’s, NESB came to be perceived as a simplistic and potentially condescending term and has since been replaced by the CALD designation in most contexts.

The term CALD has replaced the phrase "Non-English Speaking Background" (NESB) as an acronym to describe Australians whose first language is not English. CALD is a more correct term because some CALD individuals may have been born in Australia.

So, How Can Your Business Ensure CALD Populations Feel Included?

The term "culturally and linguistically diverse" is a broad phrase that refers to communities with many languages, ethnic backgrounds, nationalities, customs, societal organisations, and religions. They not only add to a community's diversity and vitality, but they may also aid in its economic development, encourage new and existing businesses, and strengthen social bonds.

CALD communities often face barriers to participation due to limited knowledge, language and cultural differences. The Australian-wide government and organisations are constantly making conscious efforts to communicate with the CALD audience, as they offer tremendous value to the wider Australian economy.

Here are five tips for how you can reach out to CALD people you want to engage with.

Many CALD individuals are multilingual with a first language other than English and a secondary level of English proficiency. As well, there are cultural traditions and religious variations. The key to understanding any CALD individual is to learn about their history, values, beliefs, customs, and traditions. A lack of knowledge of a CALD individual can cause friction and long-term practical barriers. The more information you have on a particular CALD individual, the better placed you are to communicate effectively. So, what are some effective communication strategies?

1) Use language that is culturally appropriate and understandable to your audience (e.g, plain language)

2) Include pictures or illustrations when possible. This helps convey information in a more effective manner.

3) Be clear about who you are and why you are there.

4) Provide an opportunity for questions.

5) Make sure your message is delivered with respect.

6) Be willing to listen to feedback.

A willingness to self-educate and tailor to each CALD group and/or individual will help remove language barriers,  in a more connected environment

To achieve inclusivity objectives, organisational policies, programs and services must be thoughtful and accurate to the needs of different CALD communities. Considering the needs of a diverse population in all parts of work, like strategic planning, policy, assessment and program design is helpful to meeting such individuals where they are. By doing so, organisations develop more effective pathways through which the CALD community can access their services.

• What are the strengths and weaknesses of the current service delivery system?

• What are the issues faced by the CALD community?

• Who are the key stakeholders?

• What are their needs? Do they have access to services?

• What are your organisational values?

• What are our goals?

• What are we trying to accomplish?

• Are there any gaps between our policies and practices?

• What are ways to improve our processes?

For most CALD communities, developing relationships through face-to-face interaction is an integral part of creating trust between people. In working with these communities, it is crucial to build those relationships and create those connections. For example, organisations can implement this approach by working with local cultural community groups and multicultural communities that have connections with their target populations, or by working with some prominent community leaders who would have the capacity to help promote their program.

It is paramount that organisations work towards showing awareness of the cultural factors that affect CALD communities, both in terms of how they speak English and their cultural background and customs. Ignoring cultural and religious practises could create a barrier between an organisation and its target population, as well as alienate that community from the organisation. As such, organisations should take special care to ensure they are sensitive to cultural and religious differences. Some factors to consider are the country of origin, religious affiliation, and if they are from a minority ethnic background.

5. Apply a Range of Approaches

To attract attention to the unique needs of CALD communities when designing services, there are various ways to go about doing this, such as using language services, providing visuals to help communicate effectively, the use of translation services, and understanding different levels of English proficiency.

Research on the needs of CALD populations within organisations can draw from a range of theoretical perspectives. Within this context, numerous studies have examined issues affecting CALD communities in accessing services and barriers to education tools. Although much research has been conducted to explore service design for this population, it is important to consider which theoretical approaches are most appropriate for the key issues in the given situation.

Inclusion is a superpower that improves society as a whole through common understanding, compassion and connection. To support an inclusive service model, consider the needs of CALD populations. Given the unique challenges faced by many CALD communities, it is advisable to adopt a strength-based approach that recognises individual differences and works with those individuals where they are. By doing so, organisations can develop better and more effective pathways through which CALD communities can access their services - and in turn, foster a more equitable society for everyone. LEXIGO is all about helping businesses bridge the cultural diversity gap in various community sectors.

Articles, resources and ideas to think, design and go native.

The Why and How of Ecommerce Localisation 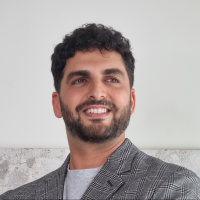 ABS Census Data: A CALD Snapshot and how Australia compares to other nations

The power of language and culture: how an understanding of it will improve communication

Calendars around the world

5 Key Differences Between Interpretation and Translation

10 Benefits of Cross Cultural Training in the Workplace

5 Reasons Why Human Translation is Important

For Personal
Step 1 of 2